What is the secret sauce of Apple,SAP,Nintendo... 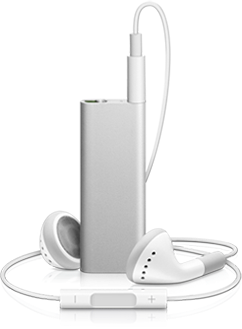 First the disclaimer - I don't have the answer to the question - What is the secret sauce of these companies. It is a rhetorical question.
Today morning I woke up to be greeted with iPod shuffle - and Apple has released a simple but very useful feature ( unlike the shuffle feature they bragged about in shuffle's first release ).
Now shuffle can talk to you about the song or the playlist name - very neat. Most of the time when you are working out or driving - it is hard to switch playlists - now this feature has made it really easy to use an iPod. I hope Apple updates its firmware so my iPod classic gets this feature.
But it makes me wonder how Apple can consistently come up with "cool" features. Is it the culture, is it because of Steve Jobs, is it some magic potion they put in the employee's food? I really wish Steve Jobs writes a book on Apple.
Nintendo is in the same league as Apple. Their graphics is rudimentary when compared to PS3 or XBOX 360. But Nintendo …
Post a Comment
Read more

- March 11, 2009
Here is the top 5 list !!
5. I get to refresh my "political GK". For instance I had forgotten there was a person called Naveen Patnaik - had this election not brought the seat sharing issue - I would have totally forgotten him and I might have lost the Rs. 1 Crore worth question someday.
4. Pink Chaddis did have an effect after all. Now Mr.Muthalik is off to making sure this election is corruption fee. He has taken his eyes off the women of Bangalore - you can all drink and dance - till the election is over.
3. Newspaper has become fun to read. Can now read the goofups ( one politician in Karanataka in a rally thundered do not vote for party A - and just a week back he had moved to party A !! - its true )
2. You will get to know how good your country is and how good you are doing financially - and at the same time turn another page and you will get to know how bad your country has become, and how pathetic you are doing financially.
1. No power cuts in Bangalore. It seems the Ban…
3 comments
Read more
More posts